The Hotchkiss School in Lakeville, Connecticut built a new 16,500 square foot Central Heating Facility (CHF) replacing oil-fired boilers with wood chip burning boilers and reducing greenhouse gas emissions by one third, which is one of only three LEED certified in the country. The laminated wood structure is low profile with an undulating, sloped vegetated roof. The building will serve as an educational tool designed for student as well as community tours to highlight the energy technology. The new CHF houses two biomass boilers that can generate 14 million BTU's per hour, in the form of 60 psi steam and heat the entire campus, which houses 600 students in grades 9 thru 12 and has 20 dormitory and classroom buildings. A 400 horsepower, 13.8 million BTU per hour oil fired steam boiler was installed for backup. Wood chips acquired from local forests will replace 150,000 gallons of fuel oil per year and reduce the sulfur dioxide emissions by at least ninety percent. The biomass heating is expected to reduce Hotchkiss' carbon footprint by more than 6 million pounds of CO2 a year also. The waste ash from combustion will be collected for fertilizer and an electrostatic precipitator will remove over 95% of particulates from emissions. Modern Mechanical Systems, Inc. was awarded the plumbing and mechanical work for the CHF project, including 3300 feet of underground steam and condensate distribution piping serving the campus and 3850 feet of underground hot water piping serving the Mars Athletic Center and the Maintenance Garage. The project was a $2.7 million contract constructed from mid-July of 2011 through September of 2012. There were 14,500 mechanical hours expended to complete the project and 71% were self-performed by Modern Mechanical Systems, Inc. The mechanical scope of work included installation of a steam boiler, deaerator, blowdown tank and associated high pressure steam and condensate piping, pressure reducing station, feedwater and blowdown systems. A 15,000 gallon underground fuel oil tank with a duplex pumping and filtration system were installed to fuel the backup boiler. Piping of the two biomass boilers was also included in the work. Hot water and hot glycol supply and return was accomplished through the use of high efficiency steam-to-liquid vertical flooded heat exchangers, and circulated through the piping system using a pair of pumps controlled by variable frequency drives. All large bore piping was required to be welded, and a rigorous system flushing and testing procedure was required. The CHP's maintenance shop is heated by a radiant in floor piping system fed from the glycol system, and has unit heaters as a secondary system. The building also has a maintenance office incorporating a full staff bathroom and kitchenette using water conserving plumbing fixtures. Emergency eyewash stations and showers are installed in the Boiler Room and the Maintenance Shop. 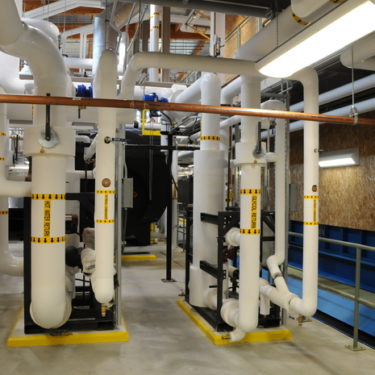 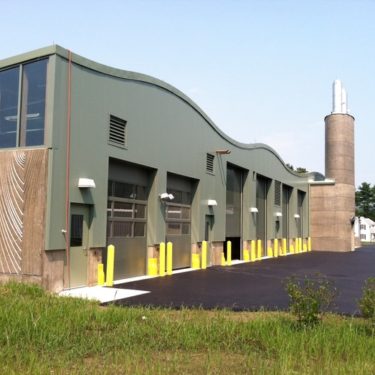 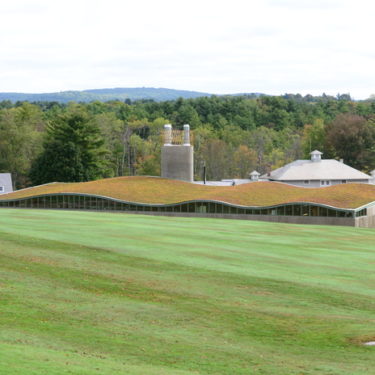 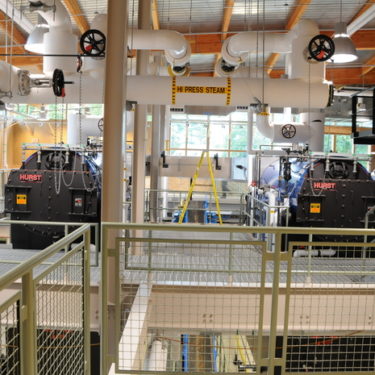 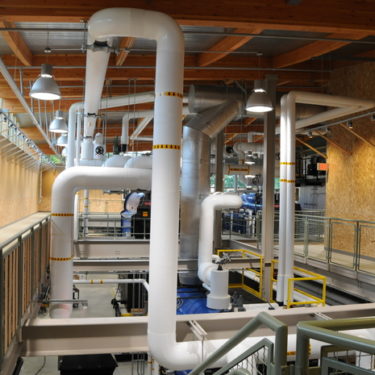 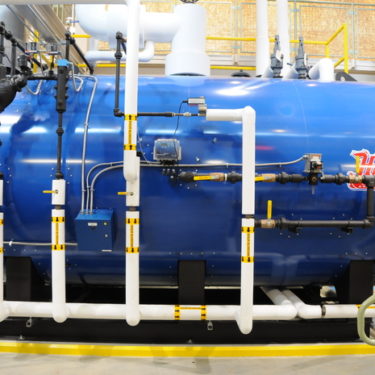 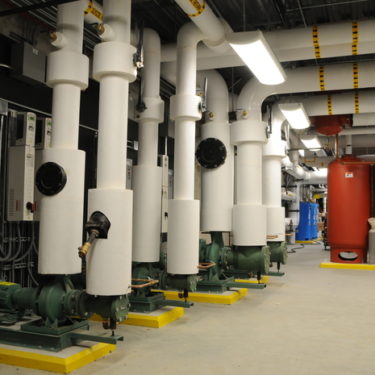 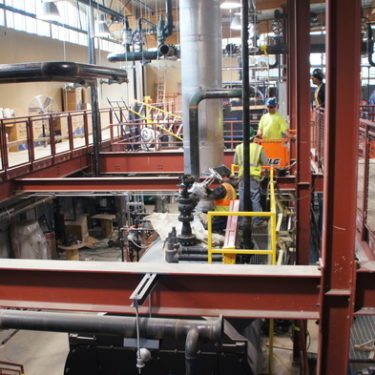 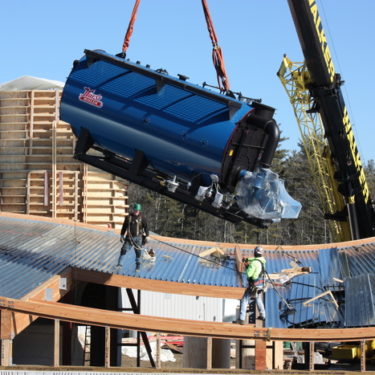 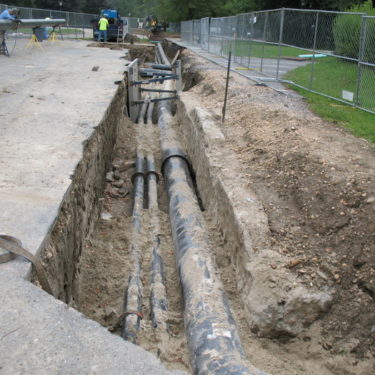